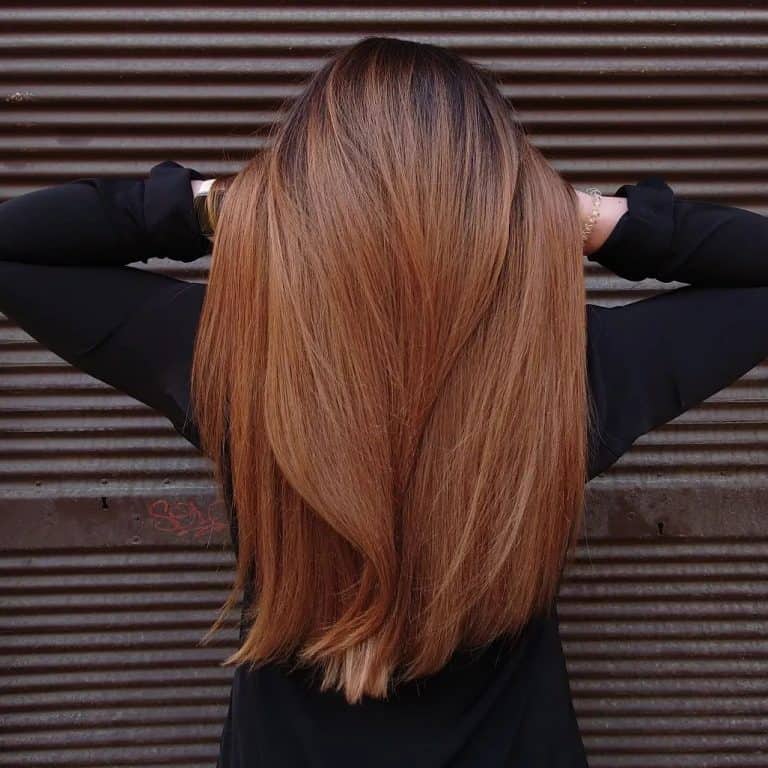 If you want to get a new look there are many things you can do with your appearance. For instance, you can try out a new style of clothing or try out a new type of makeup. However, one of the best ways of getting a new look is trying out a new hair color. As a highly versatile and good-looking color, cinnamon hair color can be great for this!

We can basically define this color as a type of brown which has a little bit of red or ginger in it. Since this color is highly adaptable, there are many styles built around it. Therefore you might have had some difficulty deciding on how you will approach this color. Here we have 30 cinnamon hair color ideas for you to get a new look.

Let’s start with a cinnamon hair color style that can fit many different kinds of settings.

A Slight Touch of Cinnamon

This color combination can be great for a long hairstyle.

As a highly versatile hair color, cinnamon can work well with blonde as well.

In this wavy hairstyle you can see that cinnamon creates a good combination with other colors.

While cinnamon hair color is great for long hairs, it can also go well with short hairstyles, too.

This example is done by incorporating the balayage technique with cinnamon on a hazelnut colored hair.

Here you can see another great long hairstyle with cinnamon hair color.

If you want long and gleaming hair, a combination of cinnamon color and a little bit of straightening may be what you are looking for.

A beautiful example of how cinnamon color can be incorporated into a hairstyle that can fit most occasions.

Another great display of versatility and beauty of cinnamon hair color.

Cinnamon with slight touches of blonde can give off a vibrant vibe.

You can feel extra lively and joyful with this bright cinnamon color.

Along with the color tone achieved in this example, the hairstyle creates a fresh vibe.

Cinnamon is a wonderful color to achieve a nice level of elegance in hair, as seen in this example.

Combination of a casual hairstyle and cinnamon color can work really well.

This color combined with this hairstyle can be great for casual settings, as well as special occasions.

As you can see here, cinnamon hair color can be great for long, straightened hair.

Along with a short hairstyle, this example contains a combination of cinnamon with other colors.

This long hairstyle with a reddish cinnamon color displays elegance with simplicity.

With this blondish cinnamon color, you can achieve a lively and beautiful hairstyle.

Blonde with a Touch of Cinnamon

While cinnamon can easily take the lead, it can be used to support another hair color, too.

If you have curls and a long hair, cinnamon hair color can be a great choice.

Another great example of cinnamon color with blonde.

If you want to show your rebellious side, you can try out this style and color.

Here is a simple long and straight hairstyle with cinnamon hair color.

Get a wild look with this hairstyle.

If you want a hairstyle that is manageable and simple, you can try out this one.

Here is a beautiful example of how a wavy hair can look so great with cinnamon color.

Cinnamon hair color offers great opportunities to create beautiful hairstyles and color combinations that can be used both casually and for many special occasions. From a simple and elegant look to a rebellious appearance, many different styles can be achieved with this beautiful color.

Yesim enjoys sharing new style trends with her friends and is excited to offer her knowledge to the readers of HairstyleAndMakeup.com. She currently lives in a peaceful touristic town in the USA with her husband and two children.
More from this author